Short term finance (Bridging) was initially used as a way to mend a broken link in a housing chain and typically used to ‘bridge’ the gap between a house sale and completion.

However, bridging is often also used for people buying at auction, to meet strict deadlines - usually of 28 days - for people wanting to carry out refurbishments to boost the value of their homes or for numerous business purposes. Some lenders will also help with short term VAT requirements subject to strict controls.

In more recent years, the market has seen a broader number of uses for short-term loans as their popularity has increased. For example, many commercial premises are now being converted into residential houses or flats, because of the expansion of permitted development rights, and bridging loans can be used in the initial stages of the conversion with longer term funding provided once the building project has started.  Short-term finance can be used to buy new equipment, to build up stocks ahead of an expected rush on seasonal orders, or for buying shares in another business.  It’s becoming increasingly popular, mainly because of its speed and flexibility. 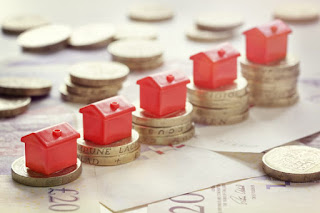 For example, a couple may own a £300,000 house with an outstanding mortgage of £150,000. They may have seen their dream home for £500,000 but the vendor will only sell on condition that they exchange contracts within three weeks and complete in four.  It may be difficult to get the finance from a bank or building society to buy the house in such a tight time frame, so they can take out a short-term loan, which is regulated by the Financial Conduct Authority (FCA) as a stop-gap.  Short-term loans are typically for 12 months and the borrower pays monthly interest, which can be “rolled up” and deferred until the loan ends. However, the loan can usually be paid off before the loan ends. In this case, it could be when the couple sell their previous house.

Alternatively it might be used for a commercial property acquisition.  An investor may want to buy additional units on a business park. However, the seller will cut the price of the sale if the investor can pay within three weeks. His bank may be unable to provide the money needed in such a short timescale, so he will be able to take out a bridging loan to cover the purchase cost, secured against the other units already owned on the business park. Lenders could provide the loan ahead of the deadline, giving the investor time for his bank to release the funds to pay back the loan.

Whatever the scenario, short term finance can be used for a wide variety of opportunities and as always, seek professional advice.
Posted by Dale Jannels at 09:08 No comments:

Lenders have seen your scenario before. You'll be surprised how they will help!

You have a default?  A CCJ?  Missed a payment or two here and there?  Yes, the high street lenders will probably say they can’t help, but there’s plenty of others who will.
These days, competition is very strong across the mortgage market and this includes helping those who have had a credit blip or two in the past.  Some lenders may even go right up to 95% of the property value for the right customer.  And, this might be surprising, but rates start in the mid 2%s range on some products.

Don’t despair, there are lenders out there who, subject to terms and conditions, will probably look at your scenario and have seen it all before. 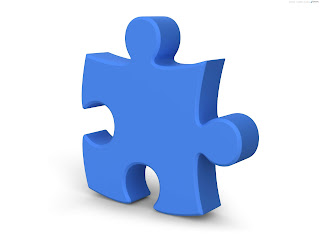 To make the process as smooth as possible, make sure you have all details to hand at the outset.  When was the default / CCJ, is it satisfied, why did it occur, etc?  Disclose absolutely everything upfront.

With all new mortgages, a budget planner will be required.  Make sure you know and can advise exactly how much you are spending on your lifestyle.  Especially make sure you know your monthly costs on food, household expenses, travel, pension and saving contributions and other likely costs such as hobbies, going to the gym, lottery direct debits and more.  Every lender will review your ability to afford your new mortgage both now, and over coming years, so all direct debits and most entries on your bank statements or credit report will need to be advised.  This is so the lender can make a viable stress test on future rate rises and ensure that you will still be able to afford your mortgage at that time.

Finally, despite some of these amazing products being available and lenders looking to attract new business, we are seeing general processing delays across the market.  Some lenders are not taking appointments for two to three weeks, some are up to ten working days behind on processing, and we have experienced recent telephone calls taking over an hour to receive any kind of response!  These are just on the broker side so heaven knows how customers are faring!  With some complex deals, these are not available directly, so speak to your local (and long established) independent and whole of market brokerage and let them take the stress away from you.
Posted by Dale Jannels at 09:43 No comments:

In the eyes of many industry commentators and members of the opposition, the Help to Buy scheme sits somewhere between being the Governments greatest achievement within the housing market, and a potential reason why many house builders and the new build sector could crumble like a house of cards in the future.

I’m focusing on the more dramatic end of the opinion spectrum here and with the end of the scheme inching ever closer, I expect it to generate even more views and headlines before it is gradually phased out.

The latest figures from the Ministry of Housing, Communities and Local Government showed that:

These figures highlight how invaluable this initiative has been for many home buyers since its introduction, and how the take-up is unlikely to slow-down anytime soon. 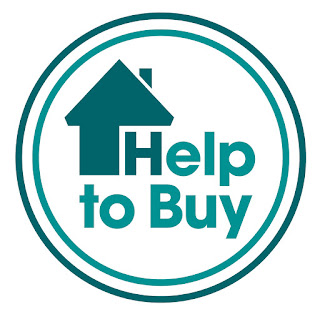 Help to Buy has benefitted from an increased profile in recent times and this has helped more FTBs recognise its attributes – which is a good thing - although it’s prudent to point out that it should not be considered an all in-compassing solution. And, on the flip side, despite this rise in lending prominence there are still pockets within the market where it can prove valuable for a certain type of borrower which often goes overlooked.

I believe this type of product is seen by most borrowers, as being one which sits squarely in the domain of mainstream or high-street lenders. Meaning the role of specialist lenders can often go ignored, which is a shame. There are specialist lenders who can provide Help to Buy solutions for borrowers with an adverse credit history, IVA’s or even bankruptcy issues, and this is an important part of the scheme which we tend to hear very little noise around (T&Cs obviously apply!).

The specialists might not be applicable for everyone, and still form a small proportion of the overall lending figures, but they should be playing a bigger role in supporting more credit impaired borrowers get a foot on the property ladder for the first time or even back onto it after falling off.
Posted by Dale Jannels at 09:53 No comments:

Equity Release is not right for everyone. What are the other options?

It seems to be that you can’t turn on the TV without seeing an advert for Equity Release.

This is one area of the market that continues to gain momentum.  It gets a huge amount of airtime and column inches, yet its estimated to be just a £4bn part of a £260bn+ mortgage market and not necessarily right for everyone.

Equity Release, put simply, is a scheme through which the asset rich can release funds from the equity in their property. This scheme normally applies to applicants approaching the twilight of their life although it is not uncommon for the newly retired to participate. Equity Release is highly regulated to ensure no high pressure selling and we always encourage offspring involvement.  After all, the equity is likely to form a major part of their inheritance and they should always have the opportunity of finding alternative methods of funding their parent’s lifestyle first.  Some providers also allow the interest to roll up, so there are no monthly payments, and some allow the capital raised to be used as future income. 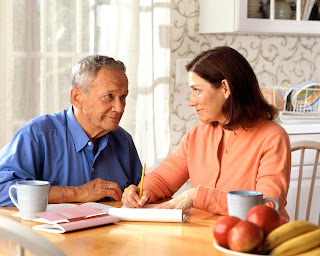 What you don’t see in the adverts and on TV for Equity Release, are the alternatives.  When coming to the end of the mortgage term with your lender, it’s rare to be offered any additional products to stay with them as you are ending the mortgage contract (normally 25 years or more).  They also fail to advise you to seek further advice about re-mortgaging to another provider.  Despite ages possibly having achieved ‘later life’ status, there are options available and although this might cease on the high street, as their maximum ages tend to be between 70 and 75, there are a huge number of lenders who will still lend.

Why should a customer not have a mortgage due to being in advance of normal retirement age?  We know people are working well in to their 70’s now and some are deferring pensions until needed.  So, for the right customer, with the right income and right loan to value of the property, a normal mortgage is still achievable.  These lenders will be building societies, or similar, dotted around the country but having been established for decades, even centuries!  They think outside the box, manually assess and will take a reasoned decision, rather than a computer based ‘tick box’ response.  They will also consider interest only options, assuming there is a suitable repayment strategy in place.

Terms and conditions always apply, and specialist advice should be sought as this can be a very complex matter and can affect future equity and income.

Posted by Dale Jannels at 08:51 No comments:

Missed one? Read it here